Not long ago I posted an image on LinkedIn that had a list of fourteen personal skills, traits and characteristics, under the heading “Hire CSMs for this (because it’s hard to train)…” and I then repeated it in my September monthly newsletter to subscribers. You may have seen that posting but if not, here is the image I posted: 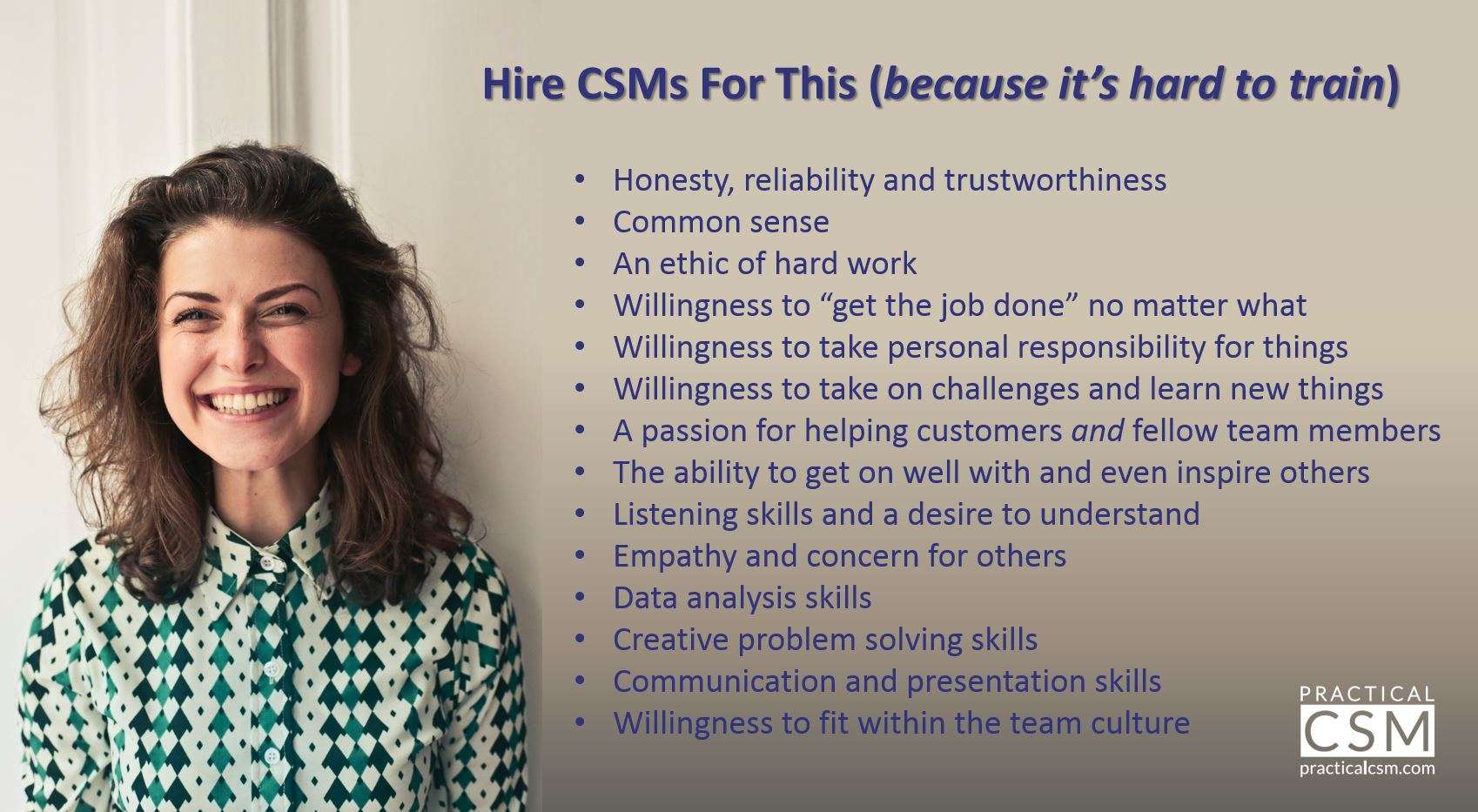 The post got lots of attention (which of course is always very personally gratifying) and a few comments and shares. But as well as this, one of my newsletter subscribers wrote to me stating that whilst she agreed with thirteen of the bullet points, there was one which she partially disagreed with, which was the final one:

She explained her reasoning in her email to me, which of course I duly read, and although I could see what she was getting at, I didn’t consider it to be a sufficiently different perspective to be all that meaningful, and so when I wrote back to thank her I politely explained that that whilst I got where she was coming from I still felt that my fourteenth bullet point was a valid one.

My subscriber persisted however, and she wrote back to me, this time including an article from a third party that discussed this aspect of fitting within the team culture as relating to hiring decision making in more depth, asking me to read tha article and see what I thought. Here is a link to that article, which is entitled “Why We’ve Stopped Saying “Culture Fit” and What We’re Saying Instead”, by Courtney Seitner:

Why “Culture Fit” Might Not be so Good After All

The basic premise of my subscriber’s comments and of the article that she was kind enough to send me a link to is that proactively hiring for people who are a natural fit within the team’s existing culture might create an unintended bias towards people who share a specific way of being, that then excludes others who do not share that way of being, but yet would make excellent team members and perhaps would even by virtue of their differences add something to the team to help it grow and improve that would otherwise be lost. An example given in the article was a team with a culture where all the team members liked to meet for a beer regularly after work. There’s nothing wrong with that of course (I like to share a beer with my team mates myself), but the point the article was making is that if you hire for “cultural fit” then in this instance would that policy for example exclude hiring a parent who has to dash home after work to pick up the kids from after school club? In which case, might the hiring process either be said to be potentially discriminatory against people with children and/or be limiting the team to just those who do not have children and therefore not gaining a more diverse and potentially useful set of life experiences for the team to share?

On the Other Hand…

Intention is Not the Same as Consequence

Where I ended up after more thinking about it, is that in fact I was wrong and my very kind subscriber was right – there is a potential problem with proactively seeking a willingness to fit within the team culture from potential recruitment candidates that I hadn’t fully considered. I hadn’t intended this term to mean that I was looking for recruits that conformed to how I or my existing teams happened to be like, but in proactively seeking those who fit within this existing “way we are”, I may have inadvertently allowed for unconscious discrimination to creep into the decision making criteria. By restating the fourteenth bullet point as something like:

I could remove this potential discrimination whilst still maintaining my original intention of ensuring that the culture of the team remains strong and resilient and beneficial to all.

It may have been a small change, and it may have been that in many situations the end result in terms of who gets hired would end up the same, but nevertheless I think it is an improvement that was worth making to my list, and I thank my subscriber for drawing my attention to it and for patiently re-explaining the point to me and providing the perspective that is provided by Courtney Seitner’s excellent article for me to read that enabled me to correct my understanding. 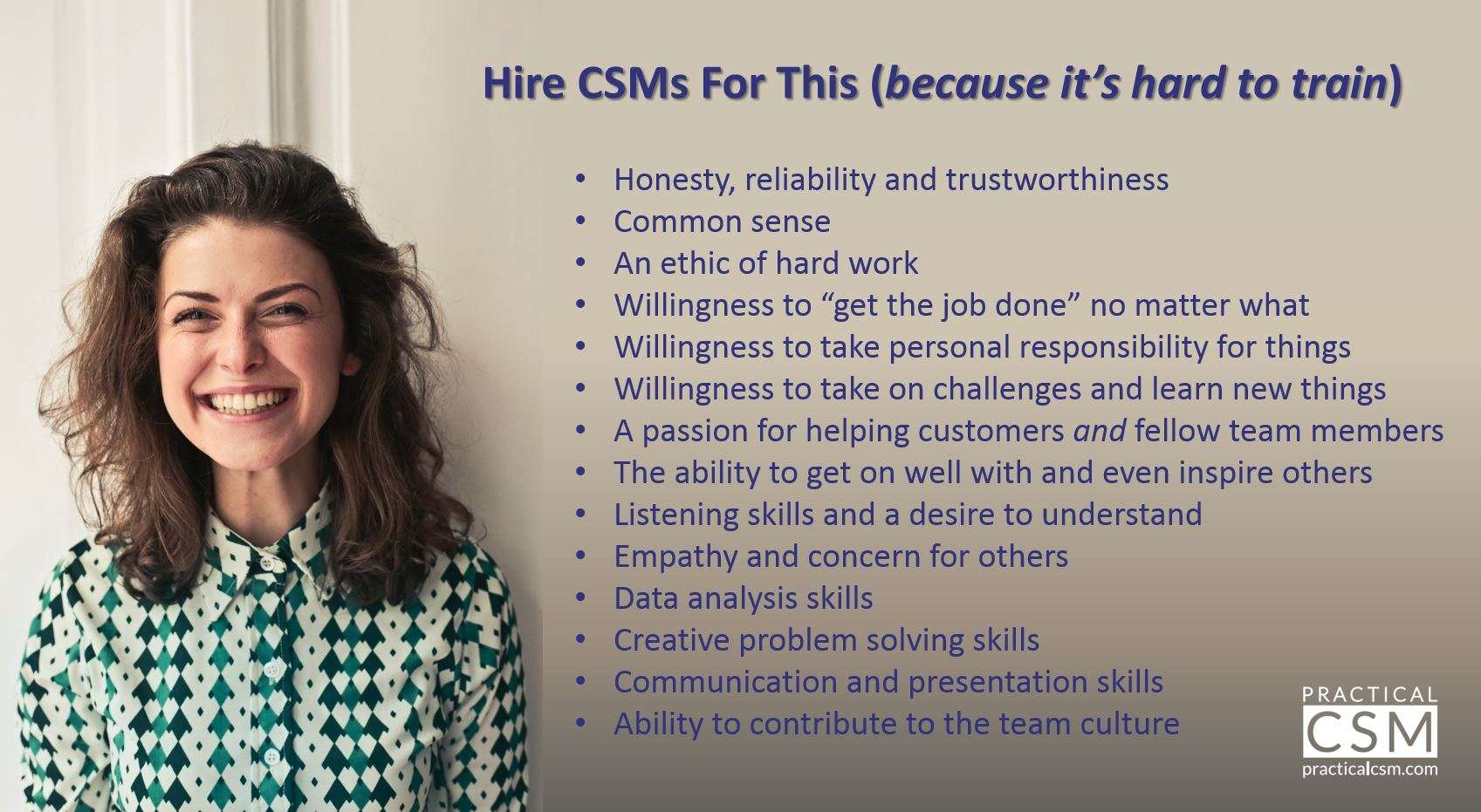